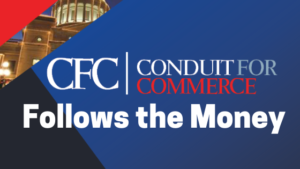 Follow the Money on 2018 Republican primaries to find out. The research team at Conduit for Commerce compiled an in-depth, comprehensive report following the money on selected 2018 Republican primaries. The takeaway is clear: establishment Republican candidates, whose votes favor bigger government, were elected with the large and unified financial support of Arkansas’ most established long-time special interest groups, which hold no party allegiance.

The reader is encouraged to use these findings as a blueprint for predicting future votes by these elected officials as various special interest issues come before the Legislature in January 2019.